A Tale of Two Cities: Greenville, Wilson, and Economic Shifts 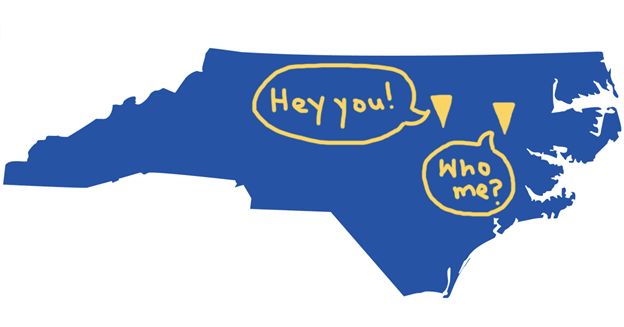 It’s no secret that there’s a seismic economic shift going on in the state and around the country. Looking ahead, the transition from primarily manufacturing jobs to service industry jobs — including those in healthcare, science/technology, and education (i.e., the “new economy”) — will impact everything from where you live to what company you work for to how you’ll get treated for the common cold.

As manufacturing jobs move overseas and technology continues to replace what a human hand and hammer once could do, America is still trying to play catch-up.

Some towns in North Carolina, like Eden, are struggling through this transition. Others like Kannapolis are making headway for a brighter future by focusing on tech.

So what are other small cities in North Carolina doing?

Two cities in the state’s eastern region – Greenville and Wilson – are following the “futuristic” trend and looking towards healthcare. Both of these small, formerly primarily manufacturing towns are keeping up with their urban neighbors by building communities with strong healthcare employers.

Greenville: The Emerald City of Medicine

The Greenville Health System is the largest employer in Greenville, employing over 12,000 people (roughly 13 percent of the population).

This in stark contrast to its historical claim to fame: Tobacco. Formerly dubbed the “Queen City on the Tar,” Greenville was once the largest tobacco market in North Carolina. After the era of flappers and speakeasies, its economic prosperity as a tobacco town came to an end with the devastation of the Great Depression. The city had to rebuild.

Now known for its die-hard Pirates fans during football season, Greenville is home to East Carolina University’s Brody Medical School, which has made it the center of medicine in eastern North Carolina and solidifies the importance of science, technology, and healthcare as important economic drivers in the area. Then there’s Vidant Medical Center, which at 6,000 employees is the largest employer in Pitt County. Even the manufacturing industry itself has gone medical in Greenville: Patheon, Inc., the second largest manufacturer in Pitt County, makes...pharmaceuticals.

Tobacco was king in Wilson, too. It replaced “the touch, the feel, of cotton” as one of the main sources of economic development after the Civil War. But Wilson, too, had to rebuild when the tobacco train came to an inevitable halt.

One of Wilson’s largest employers is Wilson Medical Center – a Duke Lifepoint hospital as of 2014. (As we’ve reported, rural hospital closure is a big, fat problem in our state, and Duke Lifepoint has gained operation of several hospitals around North Carolina).

Here’s an illuminating view of just how fast the future is coming to Wilson:

This means that healthcare has created nearly as many jobs as the big boys have, in half the time — and those opportunities are growing, fast.

There’s a lot our state can learn from Wilson and Greenville, and probably will: healthcare is expected to grow more quickly than any industry but construction in our state in the next six years. We all need to commit to bringing every NC citizen into the new economy.

One way we know we can help our state’s citizens succeed in the new economic environment is to reduce healthcare costs. If you agree, join us. We’ll send you updates about economic and health news and legislation that affect YOU as a North Carolina citizen, and tell you how to take action.