Megasite in Liberty Is a Go, and Some Landowners Aren’t Happy 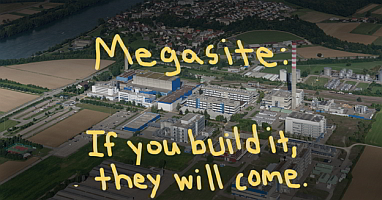 Well, it’s official: the Greensboro-Randolph Megasite is on.

A megasite is a land development put together by a group of developers and government entities or universities. They promote “business clusters.” Think industrial parks where manufacturers can take up shop, or research parks like RTP.

Good Idea: These organizations put a lot of money toward improving infrastructure like roads, utilities and landscaping initiatives in order to make sites ready for big business to move in, which can end up benefiting the local community.

Bad Idea: People lose their family land. Though this megasite is paying for farmland near Liberty rather than asserting eminent domain, there’s considerable opposition to it from local landowners. They think that the developers haven’t paid a fair price for land and that the megasite will affect the health of both humans and livestock.

The local landowners are likely outvoted, especially after this month’s certification of the site, which represents a huge milestone in the progress of the project.

Read more about the certification here.

If you want to know more about local NC news, especially as it affects your health, sign up for our email newsletter!