New Report: How America Got Hooked On A Deadly Drug 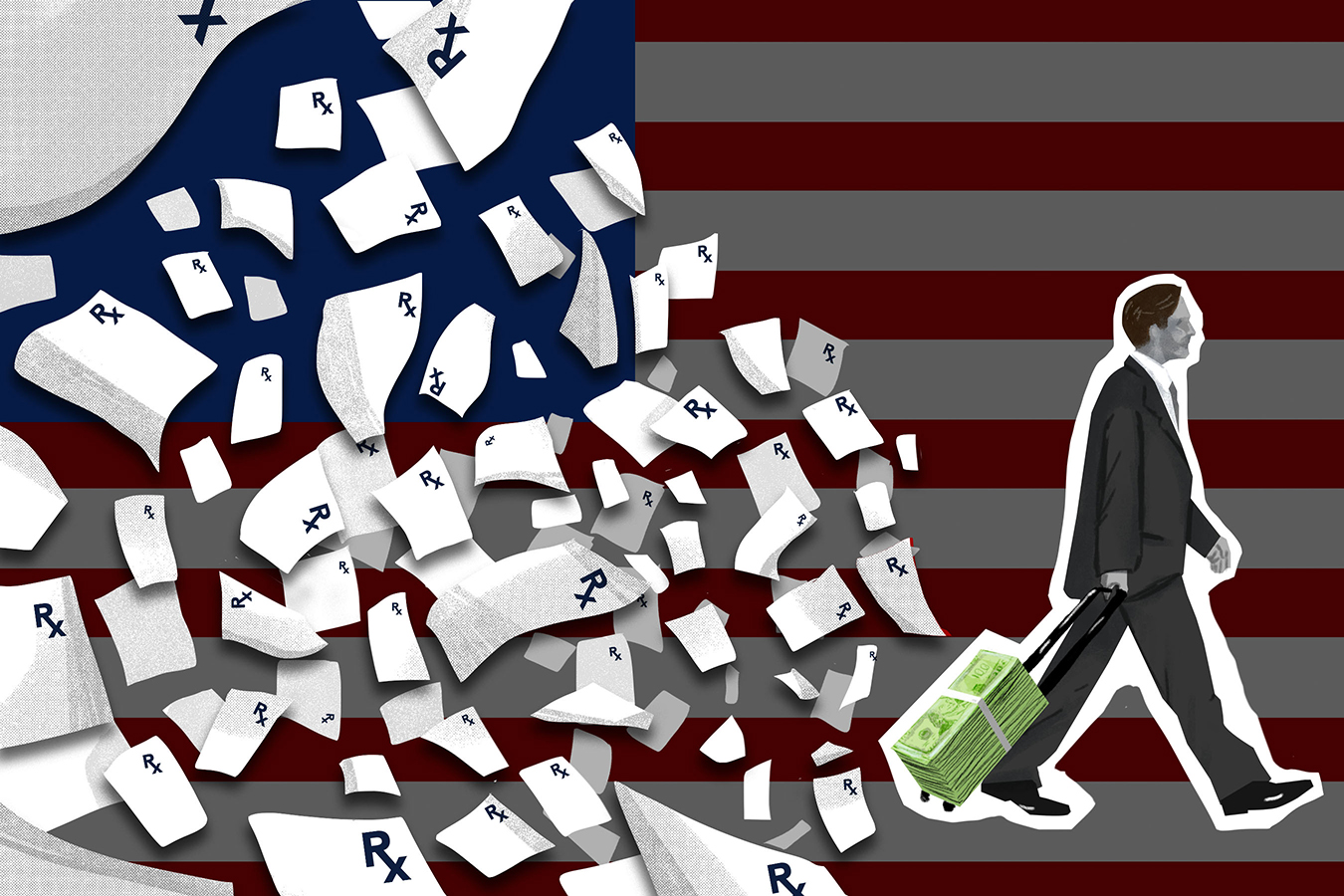 A recent in-depth report gives an inside look at how Purdue Pharma pushed OxyContin on the market despite risks of addiction and fatalities. Kaiser Health News reports that internal Purdue marketing records show the drug maker spent millions of dollars to promote and stock OxyContin. An opioid crisis and 1,500-plus lawsuits followed.

“Purdue Pharma left almost nothing to chance in its whirlwind marketing of its new painkiller OxyContin,” Kaiser Health News reports.

“From 1996 to 2002, Purdue pursued nearly every avenue in the drug supply and prescription sales chain — a strategy now cast as reckless and illegal in more than 1,500 federal civil lawsuits from communities in Florida to Wisconsin to California that allege the drug has fueled a national epidemic of addiction.”

Kaiser Health News is releasing years of Purdue’s internal budget documents and other records to offer readers a chance to evaluate how the company spent hundreds of millions of dollars to launch and promote OxyContin. The whole report dives deep into the spending practices of Purdue Pharma as well as the subsequent lawsuits, and is well worth a read.

The Purdue records show that the company poured more than $8 million into a website and venture called “Partners Against Pain,” which helped connect patients to doctors willing to treat their pain, presumably with OxyContin or other opioids.

It made and distributed 14,000 copies of a video that claimed opioids caused addiction in fewer than 1 percent of patients, a claim Food and Drug Administration officials later said “has not been substantiated.”

Purdue hoped to grow into one of the nation’s top 10 drug companies, both in sales and “image or professional standing,” according to the documents; OxyContin was the means to that end.

Purdue first marketed the drug for cancer pain but planned to expand that use to meet its multimillion-dollar sales goals. In 1998, the market for treating cancer with opioids stood at $261 million, compared with $1.3 billion for treating other types of pain, the Purdue reports note.

Purdue bombarded doctors and other health workers with literature and sales calls. Records show that, in 1997, the company budgeted $300,000 for mailings to doctors who prescribed opioids liberally, based on sales data that drug companies purchase. The mailers recommended OxyContin for “pain syndromes,” including osteoarthritis and back pain. It added $75,000 for mailings “to keep in touch with our best customers for OxyContin to ensure they continue prescribing it.”

For more on this story, and to review the internal documents released, visit Kaiser Health News.