Obamacare Gets a Bad Rap. But Should It? You Decide. 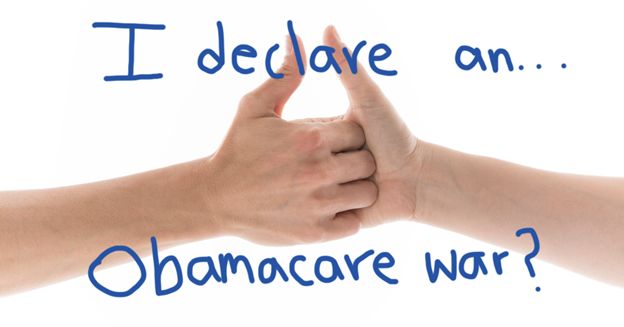 It turns out that individual Obamacare plans may not be as expensive as a lot of people think they are — not compared to employer premiums, anyway. Then again, they might. Forbes and the Urban Institute are fighting the subject out, leaving consumers confused about what their best healthcare options actually are. We’ve put together a point/counterpoint to lay out their arguments.

Point: According to Urban Institute’s recent study, Obamacare premiums “are actually 10% lower than the full premiums in the average employer plan nationally.” In other words, individual premiums are actually lower than employer premiums across the country. And that’s just average. In some areas — Boston, for instance — they’re up to 35% lower. This is true across 80% of U.S. metro areas and three-quarters of our states.

Counterpoint: Employers usually pay part of their employees’ total premiums. So the cost to an individual in total may still be lower on employer plans.

Counter-counterpoint (see what we did there?): Most Obamacare plans are subsidized, meaning that the people who get them don’t pay their full cost, either. So the whole thing probably nets out even in the end.

Argument 2: No the Heck They’re Not!

Point: Michael Cannon of Forbes says that the Urban Institute is playing “a shell game.” (Burn.) He says Obamacare is artificially driving down premiums costs through reinsurance, a program that taxes people at a higher rate in order to give Obamacare more money to cover healthcare costs. That’s what allows participating insurance companies to charge consumers less. And then there’s the insurance companies’ $2.5 billion in unreimbursed losses. (WOW.)

Counterpoint: Sure. We can argue about taxes all you want. But the fact is that under the current Obamacare structure, individual premiums themselves are lower than employer premiums, regardless of the taxes people pay to keep them that way.

Counter-counterpoint: SHELL GAME. Talking about premiums isn’t the same thing as talking about total costs, and we need to understand the total costs of this program to evaluate it correctly.

There you have it, folks. That’s both sides of the argument. You decide.

Here’s the LA Times article on the study.

And here’s the Forbes rebuttal. Watch out! It’s spicy!

To understand more about your healthcare costs and what to do about them, join us. We’ll send you weekly updates on important stories and legislation that affect YOU.