One Month After Hurricane Florence 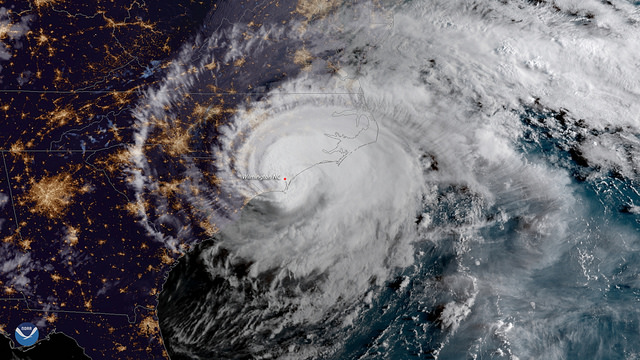 It’s been over a month since Hurricane Florence hit the coast of North Carolina, and communities are still struggling to rebuild from the damaging rain and flood waters. Reports from Leland, Wrightsville Beach, and Atlantic Beach show a slow but steady rebuilding process, while inland businesses are learning what not to do in the future if a storm like Florence hits again.

Clean-up efforts from Florence are not the typical hurricane relief. What makes Florence so different from previous hurricane clean-up efforts is that it was not heavy winds causing most of the damage, but rain and flooding.

“Hurricane Florence was not a typical hurricane — not like, to use a most recent example, Hurricane Michael. While an extremely powerful storm, Hurricane Michael made landfall and moved on, and most of the damage was from wind. With storms like Hurricane Michael, ‘the zone is relatively small in geographic area, focused on the core of the storm,’ Stephen Bennett, COO of Riskpulse, told Supply Chain Dive in an interview.

Instead, Hurricane Florence was more like 2017’s Hurricane Harvey, which made landfall and then stayed. ‘[Florence] basically moved inland, stalled out and stopped moving,’ Bennett said. In both cases, the storms dumped water on the region, with some areas in North Carolina receiving more than 30 inches of rain from Florence. The catastrophe zone was much larger because of widespread flooding.”

In one Leland, N.C. subdivision located in Brunswick County, 30 homes were flooded with rising waters of up to 7 feet. A month later, homeowners are sleeping in tents and campers on their property while their homes are being gutted and repaired. According to FEMA, water damage can lead to mold growth within 24 to 48 hours. Thanks to the lingering nature of Florence, many home and business owners could not reach their properties for several days after the hurricane hit. In Wrightsville Beach, South Beach Grill owner Elaine Andrews was unable to assess the damage of her restaurant for several days.

“The popular Wrightsville Beach restaurant [Elaine Andrews] owns with her husband is nowhere close to reopening. Rain water seeped in through the roof of the restaurant.

‘We couldn't get on the beach for days and it was very hot,’ Andrews said. ‘We just had mold growing everywhere. When we opened it up, everything was covered in mold.’

Crews are removing everything from inside, gutting it down to the studs.”

In Atlantic Beach, N.C., Deputy Fire Chief Michael Simpson says neighborhood and community members are coming together to help rebuilding and clean-up efforts. Many are awaiting financial aid from insurance companies and FEMA.

"We're all pulling together, doing what we can to help each other each and every day," said Chief Simpson. "That's what we've got to do until we fully recover."

Inland, The North Carolina Department of Agriculture and Consumer Services estimates that Florence caused $1.1 billion in damage to the agriculture industry. Supply Chain Dive notes that for businesses and manufacturing plants that were able to open after the storm hit, logistics in getting both employees and drivers to the locations stalled progress, as roads were blocked or closed due to flooding or infrastructural damage.

As a silver lining, communities and businesses have learned from past storms exactly what to do in emergencies. Doug Baker, vice president of private brands for the Food Marketing Institute, spoke to Supply Chain Dive in an interview.

"The more as an industry that we can work with FEMA and explain to FEMA that we have all our ducks in a row and we have a plan in place, the less they have to do," Baker said. The article notes that includes communicating with FEMA about what grocery stores are open and stocked so that they don’t waste resources on a community where residents already have access to food.

Baker added that a grocery store being up and running can help a community feel like things are getting back to normal, and recover.

Baker also notes that there’s always learning to be done from each storm, to do things better, faster and quicker. "I do believe that the area is responding, and communities are doing what they need to do to support each other, and retailers are getting back to business," he said.

In Atlantic Beach, Mayor Trace Cooper told ABC 11 that the best way for North Carolinians to help is to actually plan a trip to the beach.

"’We're not totally back to normal, but we're close,’ Atlantic Beach Mayor Trace Cooper [said].Mayor Cooper said a cost analysis has not been completed, but it’s believed Florence caused damages into the millions just at Atlantic Beach.

If help continues to be on the way, it will be in the form of tourism.

‘Countywide, there are thousands of people who work in hospitality related businesses that were out of work for a few weeks in September,’ Mayor Cooper said. ‘That's one of our busiest months, so if you want to help, come back.’

The storm may have torn down buildings, but it could not deter the resilience of Atlantic Beach.

‘The world isn't always as bad as it seems. Everybody seems to come together when they need it,’ Deputy Fire Chief Simpson said.”