Podcast: Senator Joyce Krawiec Talks to Us About Why CON Laws are Bad for NC 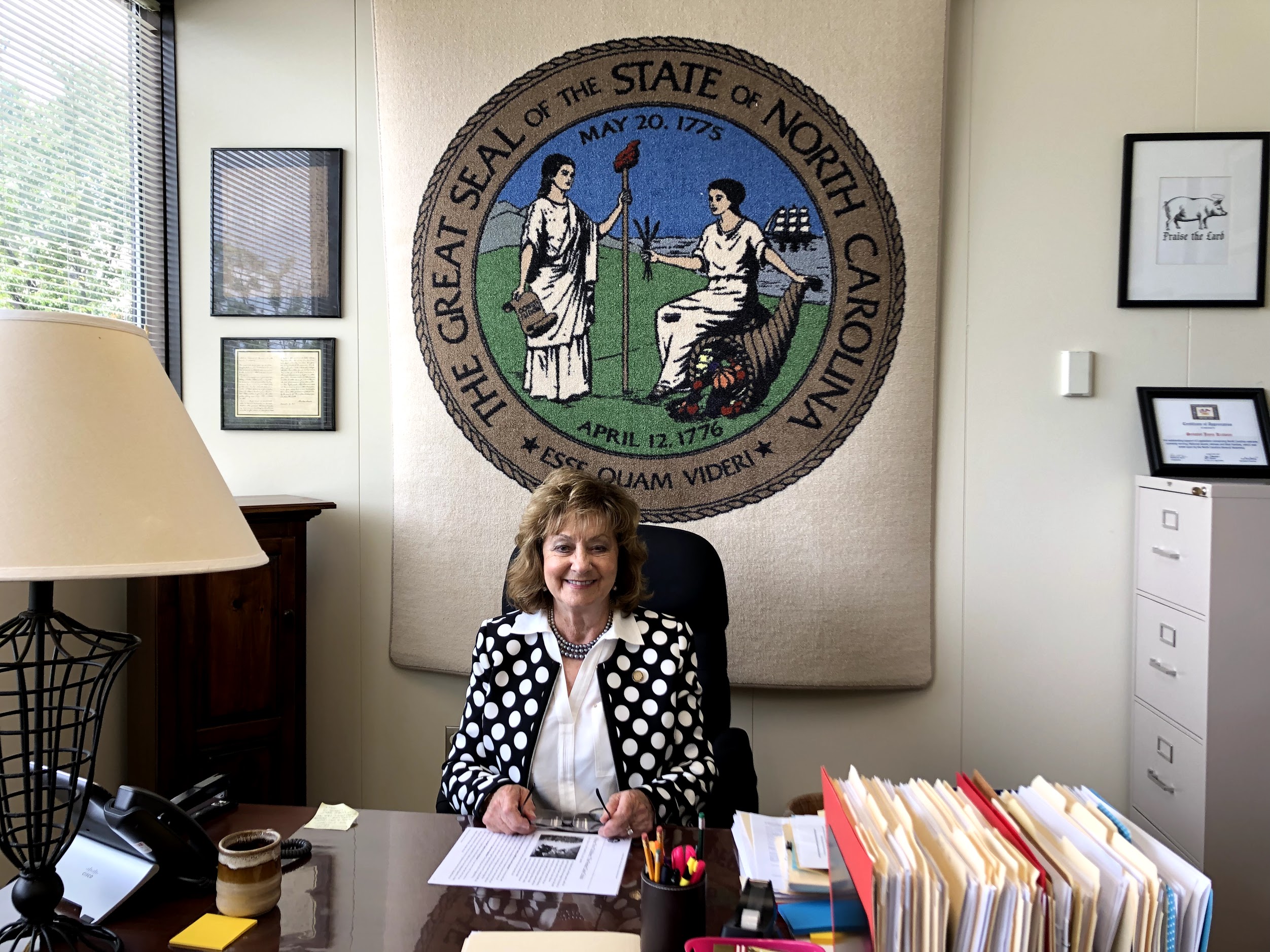 When asked who might be against the removal of outdated and restrictive Certificate of Need (CON) laws, Senator Joyce Krawiec lets out a laugh. It’s not a nervous laugh, but one that’s hearty and genuine. More than anything, it’s a gesture of astonishment and bewilderment. So, just who would be against ridding the state of guidelines that limit new healthcare providers from entering the market?

In the latest edition of the NC Coalition for Fiscal Health’s podcast, “The Cost of Health,” we talked to Senator Krawiec about her interest in healthcare and why CON is hurting the people of North Carolina.

Even though she currently serves as a co-chair for the Senate Healthcare Committee, Senator Krawiec never envisioned a role in which she was shaping the state’s healthcare policies. The Kernersville resident began representing District 31—which includes parts of Winston-Salem and some surrounding areas—in 2014, but she initially had her focus on transportation.

When asked to make the move to the healthcare committee, it didn’t take long for Senator Krawiec to recognize the impact she could make.

“The more I saw, the more I realized that we needed to make some changes,” she said.

Since then, Senator Krawiec has identified a number of initiatives ripe for improvement that could help bring healthcare costs down across the state—and repealing CON was at the top of the list.

In case you weren’t aware of exactly how CON works, it limits the number of medical facilities that can operate in any given area. In order for a new clinic to enter the market, it must petition and demonstrate a “need” for another facility of its type. Throughout the process, competitors of that practice can vocally object to it, thus harming the practice’s chance of gaining entry.

Needless to say, it’s not exactly an easy process.

“I had a doctor here just recently that told me that he had been working on a CON for three years, and so far had spent $300,000,” Senator Krawiec said. “Most of them are more than that if it’s a hospital or a larger [facility]. This was an eye clinic.”

If you’re asking yourself just how damaging CON can be to our wallets as patients, consider this example Senator Krawiec provided. She said she recently received a copy of a bill from a physician that a patient received after having a procedure done at a major hospital in North Carolina. The total for services performed was $98,000. According to that doctor, he can perform the same surgery in an ambulatory surgery center, which is an outpatient facility, for less than $3,000.

But because of CON, he’s not able to open a practice in North Carolina.

CON originally started federal program. After a while, it sunk in that it wasn’t lowering costs or providing greater access to care as planned. Instead, it was doing the exact opposite—so they scrapped it.

The federal government repealed the law nationally, and many states followed suit, but not North Carolina. That’s why some legislators like Senator Krawiec are still working diligently to get residents of our state the same access to innovative providers that other states have.

Senator Krawiec sponsored a bill this session that would have repealed much of the state's CON legislation. Though the bill had gained steam, the language on CON was ultimately narrowed to help it pass. Something tells us this isn’t a fight that Senator Krawiec is ready to give up on.

If you have a story to share about the impact of healthcare costs on your family or business, let us know at michael@fiscalhealthnc.comor on twitter @michaelck.Past (and future) episodes of our podcast “The Cost of Health” are available for download. Visit here, or listen and subscribe on your favorite podcast app.