President Trump’s here, so now what? Get the ACA lowdown. 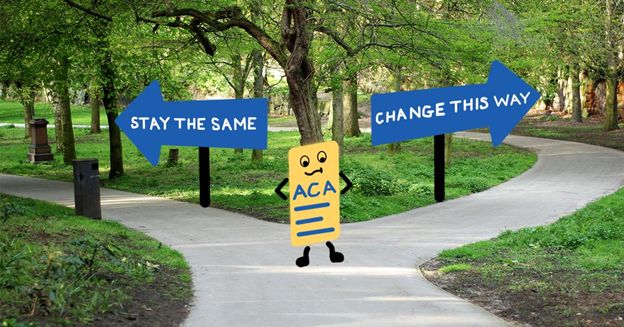 It’s the day after the inauguration, which officially means there’s a new president in town.

No matter what you’re feeling, good or bad, change is on the horizon — including the potential revamping of our healthcare system. We’re here to keep you in the loop on what is happening with the Affordable Care Act, but for now, let’s put some rumors to rest shall we?

The ACA, as it stands right now, is the same ACA that was here three months ago. While the ACA was enacted during President Obama’s tenure and thus dubbed “Obamacare,” the ACA will outlive its architect — at least for now.

Though President Trump promised to repeal the ACA on his first day in office (before determining that he’d be willing to keep certain aspects of it intact), this type of legislative action takes time. Regardless, the changes aren’t going to happen immediately. Why? Put simply; there are a lot of hoops and people to go through before any “deal” is signed, sealed and delivered to the American public.

So for now, we wait. In the meantime, here’s what legislators are doing/saying:

So, is this all? Of course not. Fodder is rampant — but that’s why we’re here. We’ll be periodically checking in to give you ACA updates throughout this transitional time. Afraid you’ll miss something? Sign up here to get weekly updates sent directly to your inbox.

No matter who you voted for, we’re in agreement that healthcare access and cost is an important issue. Everyone deserves healthcare that is affordable and accessible, and while there’s debate on how costs should be cut, there’s no denying that healthcare costs are high. If you agree, join us in fighting against legislation, like mandates, that drive up the cost of healthcare — for you and your fellow North Carolinians.