Replacing Obamacare - What Will the New Plan Actually Do? 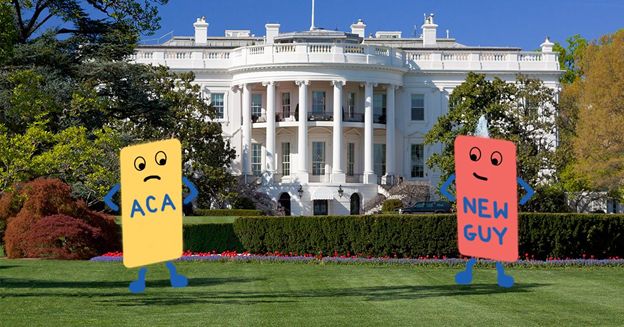 This post is based on public comments from Congressional Republicans and President Trump. This is not the end all be all, but it is a good summary of what we know so far.

We know North Carolina is where your health is most affected, but we’re back with an update on the happenings in D.C. (We have to acknowledge the feds occasionally so they don’t get jealous.)

For years, Congressional Republicans have supported a repeal of the Affordable Care Act, AKA the “artist formally known as Obamacare.” With a Republican president now in the White House, they’re expected to finish the job. But there’s another “R” word that’s about to come into focus – replace.

Most of Congress agrees that if Obamacare is repealed, going back to the way things were is not an option. Recently, the House GOP outlined a summary of what their replacement plan will look like. (This “summary” lacks important details, but we’ll work with what we’ve got.) Here’s the breakdown.

First Things First – Is Anything Staying?

Two features of the ACA are too popular for Congress to mess with — allowing kids to stay on their parents' insurance until age 26 and coverage for preexisting conditions.

While some parents may not love a federal law that encourages their kids to continue living in their basements, this provision isn’t going anywhere. Many insurers adopted this before the ACA even went into effect. Coverage for preexisting conditions is a little more complex, but it’s expected to stay, albeit in a slightly different form.

The simple answer? If the GOP gets their way — everything else. You’ll be saying goodbye to golden oldies like the individual mandate and cost-sharing subsidies.

The more complicated answer is some of these items will surface in related forms, but in ways that reflect traditional conservative standards.

What’s in the Proposal?

The proposal lacked details (i.e. actual numbers, dates, and a possible roll-out time), but here are the biggest features of the plan:

So…problem solved, right? Not quite.

While it’s nice to have out an outline of a plan, the GOP only released a summary. (For example, our wallets are anxiously awaiting monetary details of what this plan will cost.) When it comes to the future of healthcare, people are asking for the actual book, not just the back cover. We don’t know when the detailed plan will be released, but we’ll keep you in the know as this puzzle comes together.

One way to simplify the puzzling world of healthcare? Repealing state-based mandates that raise the costs of health insurance for everyone — no matter the party affiliation. Agree? Join us.