So is the ACA Finally Getting the Boot? 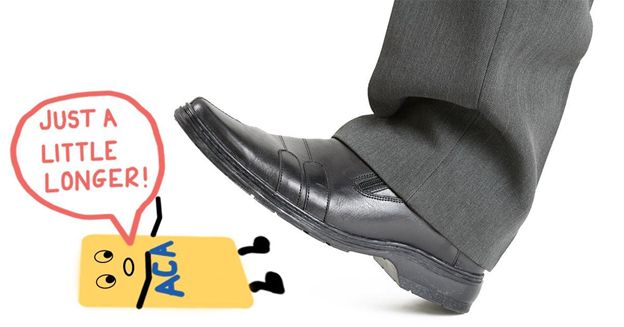 We said goodbye to President Obama in January and soon we might be saying farewell to his biggest legislative accomplishment — Obamacare.

The Affordable Care Act (i.e. Obamacare’s official name) is getting the boot. How soon? It could be any day now.

A new reform bill called the American Health Care Act goes to the House floor this week for a final round of votes. The “repeal and replace” bill is something President Trump campaigned on, and after months of anticipation, he and the GOP are finally in a position to see if they can deliver.

The AHCA’s journey to fruition has been anything but smooth. The GOP openly disagreed on a course of action for America’s healthcare reform and Trump admitted that “nobody knew healthcare could be so complicated.”

But the back and forth aside— change is coming. Here’s what the new plan lays out.

The final plan is still being finessed — hence last minute revisions before the House vote. However, here are some AHCA provisions that have already been presented:

What People Are Saying

As with any legislation that affects a large number of Americans, there’s a lot of chatter about the AHCA. Here’s a bit of the conversation low-down:

We’ll see how the AHCA’s journey continues to unfold, and if you’re worried about how this affects you immediately; don’t fret! Once a new bill gets passed in the House, it still has the Senate to go through and won’t go into immediate effect. It’s unlikely that anything will change until next year. In the meantime, we’ll make sure to keep you posted on how this new bill plays out.

Healthcare is complicated, no matter who’s president. One way to uncomplicate the fiscal burden of healthcare is to roll back state-based mandates that drive up the price of health insurance for everyone. Believe in this too? Join us.