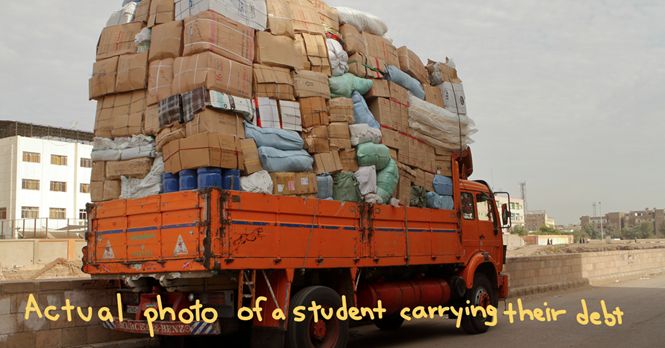 North Carolina is famous in the United States for higher learning. But for a state with such a prestigious reputation, we’ve got a major education problem: our kids aren’t getting enough in life from their college degrees. Why?

Our state has been all-in for education for a long, long time, and we’re good at it. We proudly boast the first public university in the country, UNC-Chapel Hill. Our public system has 17 excellent universities and colleges and almost 60 community colleges and technical schools. And we keep a lot of our educated folks in-state; the Triangle has the highest number PhDs per capita in the country, many of whom were educated at NC schools.

It’s no surprise, then, that our college grads contribute heavily to our growth. Some of the fastest-growing counties in the state cluster around university centers, and those counties also tend to be full of young people of the 34-and-under set. We need those kids to be able to contribute to the state’s economy.

The Dark Side of Debt

Our kids are coming out of the gate saddled with debt they can’t pay.

The problem with that, of course, is that once you default on a loan, you have trouble doing a lot of other things — like buying a house, buying a car to get to work, or starting a family. Seen one way, an entire generation is being forced to delay adulthood because of debt.

Of course, seen another way: at least they got to college. Susan Dynarski of the New York Times makes this point in a 2014 op-ed, citing studies in Chile and South Africa that show huge jumps in college attendance because of the availability of student loans. And that attendance still means something. College graduates make, on average, $14,000 more a year than high school graduates. That’s a year’s worth of mortgage payments on a starter house.

College graduates are also making more money year after year; the average starting salary of a graduate climbed 5.2% between 2014 and 2015, to more than $50,000.

Unless, of course, you have an education degree. Those folks are making just $35,000 per year on graduation — certainly not enough to pay back a $25,000 debt with any speed. The same holds true for liberal arts degrees in general. Sure, everyone wants engineers and business majors, but when it comes to the humanities, the demand seems to disappear.

Unfortunately, we don’t have any easier answers to this problem than the next state. But we do know this much; a generation already struggling with debt doesn’t need any new financial burden on top of it. That’s why we’re tackling mandates.

Whether you’re that 34-and-under generation or anyone else, join us to talk about your healthcare costs. We don’t have a map for how to help you with your student debt, but we do know about your fiscal health. And we’re fighting to improve it.