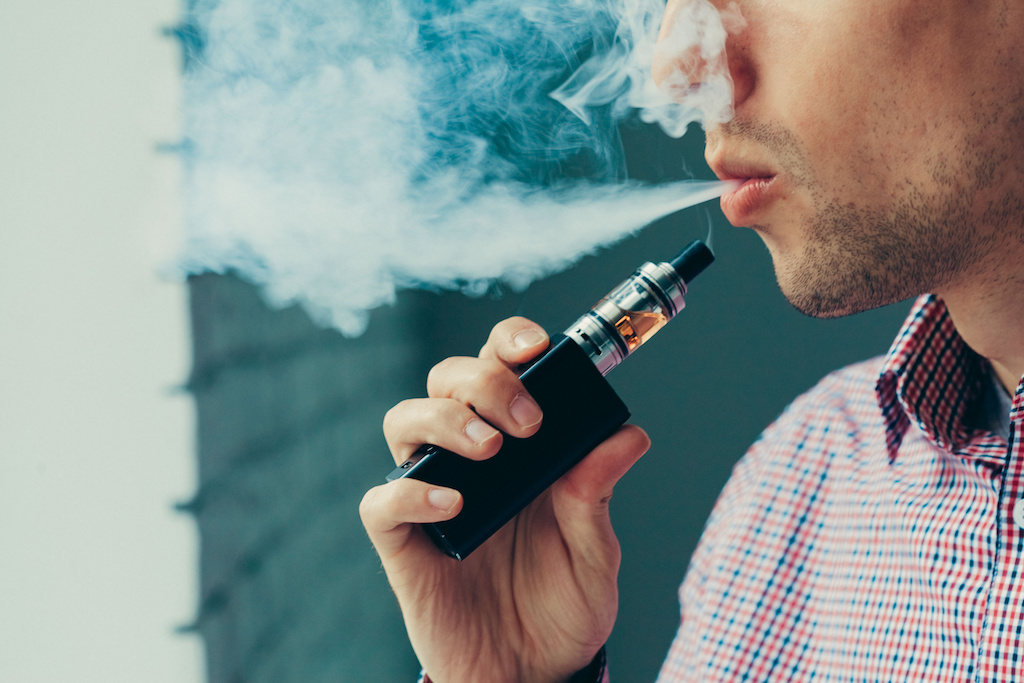 The days of teens getting caught with cigarettes in the back building at school aren’t over—they’ve just changed a bit. The rise of nicotine products, often in the form of e-cigarettes (vaping), has increased sharply and steadily, despite a four-year historic low of high-schoolers smoking cigarettes, North Carolina Health News has reported.

As one of the five states with the lowest state cigarette tax rates in the country, North Carolina is a critical player in the rise of teen vaping and overall tobacco use. This is made crystal clear by our state’s history with tobacco and the American Lung Association’s 2018 “State of Tobacco Control” report. One fact we can’t ignore: a whopping $3,809,676,476 in smoking-attributable healthcare costs in North Carolina. NC was also one of five states to fail (that’s an F) in all five categories in the ALA’s 16th annual report.

NC Health News goes on to share the real nugget of this uptick. Jim Martin from the Tobacco Prevention and Control Branch points out:

Only 9.3 percent of high school–aged teens reported [that] they smoked a cigarette in the past 30 days in 2015, but when asked if they used ‘any’ tobacco product, the percentage of users jumped to 27.6 percent among the same group.

How Did This Happen?

Since its rise in 2007, vaping has been positioned by proprietors as less harmful or better than smoking, with the argument that it serves as a bridge to quitting and even involves less nicotine. But when you take into consideration how e-cigs are being used (read: more frequently and on a daily basis), it can be considered the opposite. Vaping could mean more habitual users, and therefore more customers for tobacco companies in the future.

Take the Juul, one of the hottest e-cigs to hit the streets: the liquid in the small “pods” contains five percent nicotine, good for about 200 puffs or a pack of cigarettes. A “smoother” pull means more frequent use—cue the debate about whether vaping is better than smoking.

Another issue is how inconspicuous the e-cig can be: The smaller ones can be easily masked and brought on campuses without students feeling risk. Introduced in 2015, Martin describes the Juul as black, about 3.5 inches long and having the width of a USB drive.

Vaping and NC: How Does Our State Play Into This?

To understand how North Carolina plays into this, let’s highlight some key points from the ALA’s report:

The FDA’s “The Real Cost” campaign added upon its mission in 2017 to educate on the dangers of nicotine on the developing brain—and ultimately to prevent youth e-cigarette use, the most commonly used tobacco product among high-school youth. The messages of the group’s “Every Try Counts” campaign live in and near convenience stores and gas stations; messages outline the health benefits of quitting and offer messages of support over messages of fear.

How Can You Take Action?

For starters, let’s help teens choose healthier habits, starting with the discouraging of e-cigs and vaping. We can serve as role models—educating others on the risks of vaping and not participating in the sport ourselves.

On a policy level, we can keep up with our legislators on movements around the issue. In its report, the ALA in North Carolina called for the following actions to be taken by elected officials:

You can also get involved with the American Lung Association in North Carolina. Call them at (980)-237-6611 or visit lung.org/northcarolina.

For more on this topic, read the coverage on NC Health News.