The ACA is still here — for now 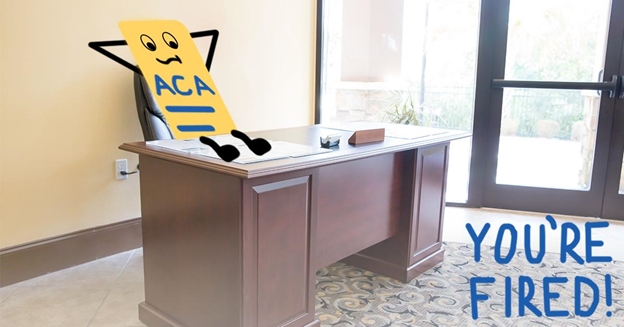 Even though President Trump has now officially set up shop in the Oval Office, the future of ACA — better known as Obamacare, is still in flux. But for how long?

Though Trump promised to repeal the Affordable Care Act on his first day in office, as the Washington Post put it, “in general, federal rules cannot be undone with a penstroke but require a new rule-making process to replace or delete them.”

And herein lies the holdup. Republican legislators just can’t seem to agree on where to go from here. Additionally, in a recent interview, Trump admitted that his yet-to-be-determined healthcare plan is still in the process of being devised and could take until 2018 to roll out. (Looks like the ACA might be celebrating one more birthday.)

At the end of January, Trump signed an executive order that directs federal agencies to grant relief to insurers, hospitals, doctors, pharmaceutical companies, and states affected by the ACA. The order didn’t spell out specifics about the ACA’s rules being lifted, but it did give agencies room to eliminate certain taxes and requirements that exist under the law — a drop in the bucket of full-out ACA rollback.

The uncertainty and lack of considerable progress towards a new healthcare plan are frustrating. Health insurers are getting antsy wondering what kind of plans they’ll need to formulate and under what law, and the Department of Health and Human Services temporarily halted efforts to sign people up for insurance plans before starting up again. In a recent AP poll, 31 percent of Americans surveyed agreed that Congress and President Trump should have a healthcare plan in place before completely repealing the ACA. (Insurance assurance, if you will.)

Senator Cruz acknowledged that there are no absolute answers right now, but made clear that an ACA repeal is on the horizon. How and when we’ll reach the sunset of Obamacare has yet to be determined — but we’ll keep you in the loop.

Meanwhile, there are a few things we do know. One, something is going to happen to the ACA (we just don’t know what yet.) Two, healthcare prices continue to skyrocket. Three, there’s something you can do about it.

Repealing state-based mandates that drive up the price of healthcare (thus significantly reducing costs) must be a priority in these uncertain times. Agree? Join us.