The Hunt for Wonder Drugs at the North Pole 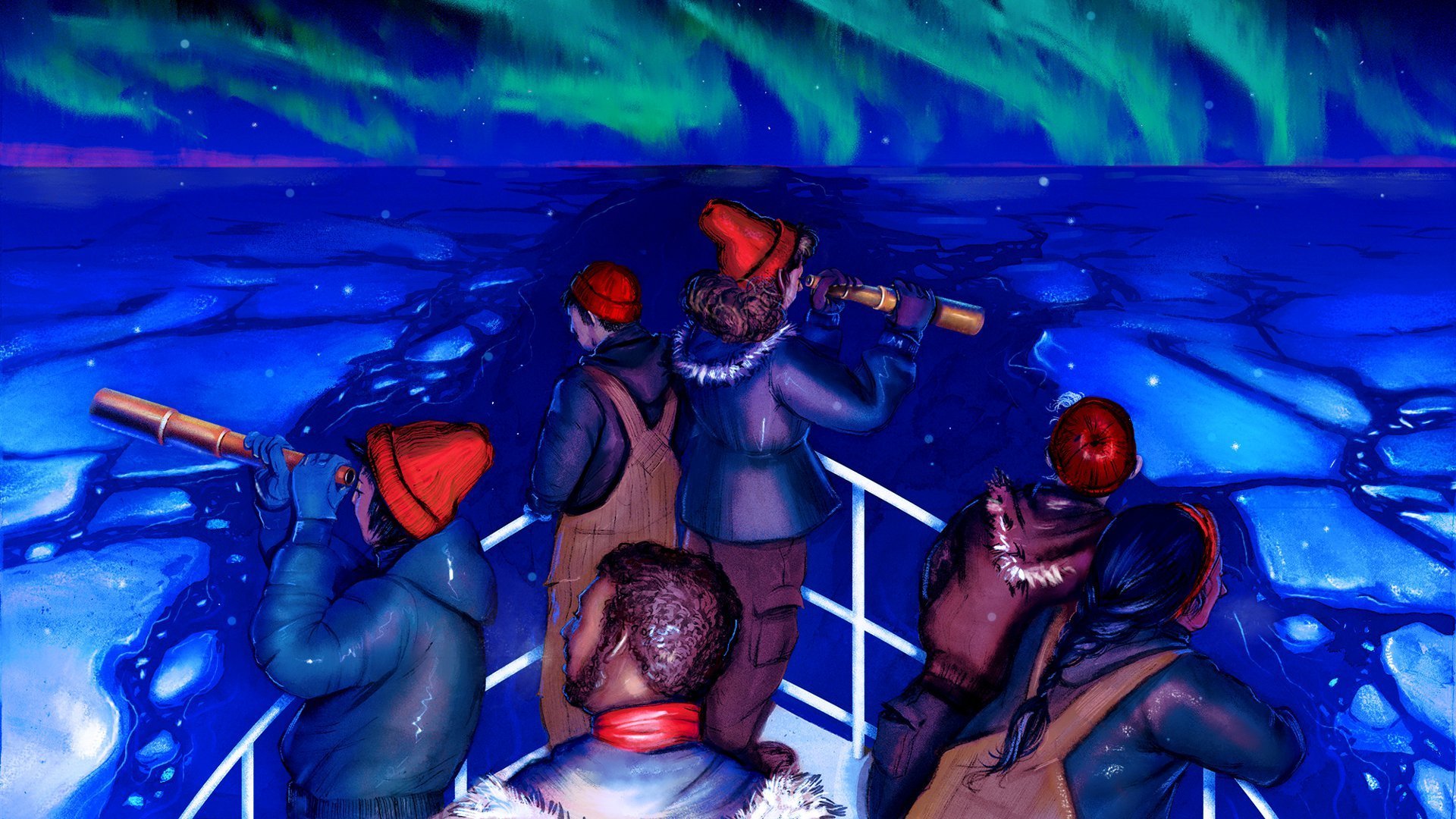 Story by Kea Krause of The Atlantic

In a race against antibiotic resistance, a Norwegian research team sails into the Arctic darkness, The Atlantic reports. What did the team find? Why is this important, and what can these types of expeditions mean for modern medicine?

One group of scientists in Norway on board the Helmer Hanssen—a 209-foot, navy-blue-hulled fishing-boat-turned-research-vessel—were on the search. What were they looking for? Discoveries that could lead to new, lifesaving treatments for cancer and drug-resistant infections in humans.

As the vessel set out on its fourteenth-ever mission, the scientists on board sought to find compounds that have novel effects on other living substances. Their type of mission—traveling deep into rain forests, or to the top of the world, to look for rare, microscopic life—is called bioprospecting, The Atlantic writes.

For thousands of years, nature has provided humans with medicine.

“Nearly a century ago, penicillin was isolated from a species of mold that sprung up, uninvited, in a London professor’s petri dish. Sixty percent of the drugs taken today were originally developed from nature products, and most of those products have terrestrial sources. Currently, only seven FDA-approved pharmaceuticals in clinical use have marine sources, compared to hundreds of land-based drugs. And while scientists have isolated more than 30,000 unique organic compounds from marine organisms, they believe there are hundreds of thousands more to be found,” The Atlantic reports.

“Bringing a new drug to market—discovering a new compound on land or sea and developing it into a pill ready to swallow—costs, on average, more than $2.5 billion, and takes about 10 years.”

“Even given enough money and time, the odds of success are long: Of the drugs being developed worldwide that make it to clinical testing, only about 12 percent are approved for commercial sale.”

Antibiotics, which don’t command high prices and can be rendered useless by fast-evolving bacteria, are risky investments for drug manufacturers, who prefer to invest in the research and development of lifestyle drugs. A diabetes medication, meant to be taken every day for the rest of one’s life, is more profitable than an antibiotic created to be taken only in dire situations.

New drugs may not solve the antibiotic resistance problem in its entirety (new antibiotics eventually develop their own resistance to molecules), but it could be a start. “I think we should find new things, because there should be things in development that could be used as a last resort,” Jeanette Andersen, head of the lab Marbio, writes.

With awareness into the antibiotic resistance crisis and great stories such as these, we can start to better understand what goes on in the background in this fight. Have a story to share? Let us know in the comments, and read the full story at The Atlantic.