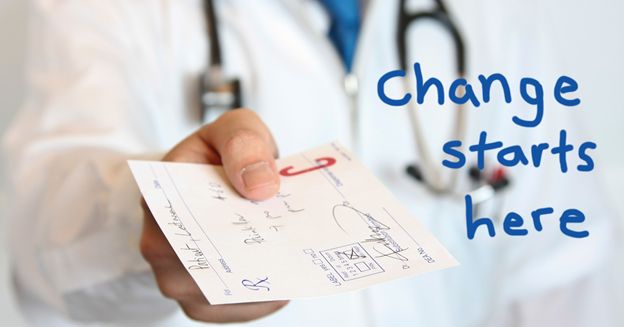 Last month Vivek Murthy, U.S. Surgeon General, addressed the growing national opioid epidemic with an open letter to 2.3 million physicians and other healthcare professionals. He called upon them to take the lead in providing access to treatment for opioid addiction, implementing safe prescribing practices, and creating an environment of compassionate care without stigma or shame.

Opioids are a class of drugs used to treat pain. Many opioids are prescription medications, but the class also includes street drugs like heroin. Unfortunately, these drugs can be addicting — and are, for millions of Americans. And Murthy says it’s time for doctors to do something about it. And as the head doctor in the country, he’d know.

The Surgeon General was pretty pointed. He plainly stated the role medical professionals must play in stemming the tide of addiction: “As cynical as times may seem, the public still looks to our profession for hope during difficult moments. This is one of those times.”

His actions were particularly significant to many in North Carolina, which has found itself at the heart of the opioid crisis. Four NC communities found themselves in the national top 20 for opioid abuse, and Wilmington’s in the number one spot.

A report by CBS North Carolina found that deaths linked to opioid abuse skyrocketed a staggering 584 percent between 2010 and 2014. Robert Childs, executive director of the NC Harm Reduction Coalition, echoed these conclusions: "The report is still hot off the press and I'm still trying to figure out what it means, but I know it's bad in Wilmington. I know it's bad in North Carolina. This illustrates that we still have a lot of work to reduce opioid dependence across the city."

You can read the Surgeon General’s letter and more statistics here.

Worried about the opioid crisis? So are we, and also about the costs of healthcare in North Carolina. Keep up with news that affects your fiscal health and legislation that may increase your costs by joining us.