Round-up of Top Stories From The Latest Session 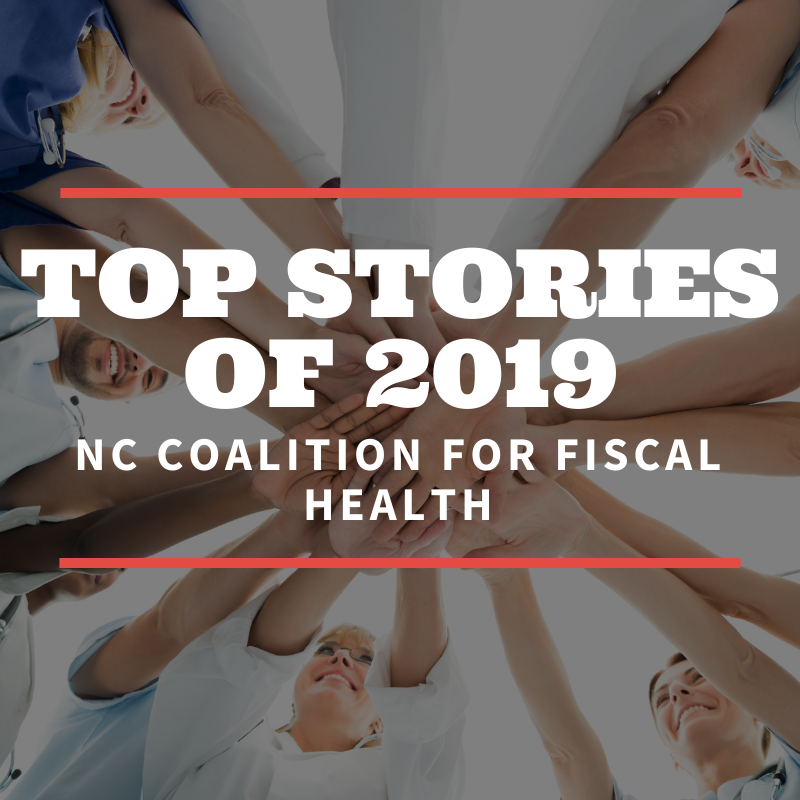 It’s been weeks since the ball dropped, the calendar flipped, and the local gyms received an influx of new fitness enthusiasts hoping to make good on that New Year’s resolution (you got this, friends!).

But in all seriousness, 2019 was quite the year. We saw momentum in some areas, but continued frustration in others. In celebration, we wanted to countdown the top 10 stories featured on our blog in 2019 to officially close the book on the last year of the decade. So, in no particular order, here were the 10 stories readers like you were buzzing about:

Does DaVita Charge $17,871 for a Single Dialysis Treatment?

As if that headline alone wasn’t enough to anger you, just wait until you read the story. It turns out the answer to the question is, yes, one North Carolina clinic was indeed charging nearly $18,000 per treatment between charges billed to the patient and the insurer. We learned this after digging into the costs and speaking with a rep at Blue Cross NC, who confirmed the estimate. That amount is more than 51 times the national average for dialysis.

Why Do Pharmaceutical Companies Hate PBMs So Much?

You might remember that pharmacy benefit managers, or PBMs, save payers and patients 40 to 50% on their annual prescription drug and related medical costs—so it makes sense why Big Pharma would hate them. These consumer-friendly advocates take money out of the pocket of the pharmaceutical companies. Big Pharma pointing the finger at PBMs was a popular trend throughout 2019, and this isn’t the last time you’ll see it on this list.

The bill titled “Health Care Reimbursement Contracts/AOBs” sounds harmless enough, but the contents of what’s inside are truly terrifying. The bill is in favor of streamlining the process of insurance payments when a patient sees an out-of-network healthcare provider. That sounds OK, right? Unfortunately, not with this bill. Because the provider is out-of-network, they can charge whatever they want, and insurers may not cover the whole bill. The result is a surprise bill and the risk of financially crippling debt.

Who is Pharma Going to Blame When PBMs Are Gone and Drug Prices Are Still Crazy?

Remember how we said Big Pharma was quick to blame PBMs? Here we go again. This time, the folks who rail against PBMs went a step further by blaming patients for the cost of rising drugs. Yes, the people who are sick and need medication—but can’t afford it—are to blame for the drugs themselves being unaffordable. Say what now?

Imagine a world where a reduction in checks on drug safety, massive paydays for pharma companies and rising premiums for North Carolina residents would be considered a good thing. That was the sad reality with the proposed “Reduce Barriers to Improve NC Health & Safety” bill in the NC General Assembly. We covered the bill and what it would mean for North Carolinians if it passed.

Assignment of Benefits Was a Bad Idea. Let’s Hope It Never Comes Back

In May 2019, we talked about Assignment of Benefits (AOB) and how it has popped up a few times over the years. Unfortunately, each time it rears its head, we’re reminded of how disastrous it would be for the people of North Carolina. The crux of AOB is that it forces insurers to pay out-of-network providers instead of reimbursing the patient. The especially bad news is that these out-of-network providers have no negotiated price, so they can charge whatever they want. In 2019, lawmakers put forward the idea of AOB in a bill—fortunately, that bill never made it out of the insurance committee.

Another unfortunate trend we saw in 2019 was the continued spread of the opioid crisis. But lawmakers in North Carolina took it a step further last year by filing a bill that would actually reward pharmaceutical manufacturers for their role in the crisis. HB 450 would have forced insurers to pay more for “abuse-deterrent” opioids, which would increase insurance premiums. Did we mention that while misuse by snorting, injecting, or smoking was down, oral abuse went up significantly?

One of the more frustrating issues we see pop up from time-to-time are big ideas intended to “fix” the rising cost of health care, but that actually makes the problem worse. That was the case with the rumor of a massive “omnibus” health care bill that wasn’t taking cost into account.

What is a Surprise Bill or Balance Bill?

Surprise bills, also known as balance bills, continue to dominate headlines in states around the country—including North Carolina. These bills are the result of a patient visiting what he or she knows is an in-network facility only to receive treatment by an out-of-network provider. Weeks after that visit, the patient gets a bill for the services rendered by that out-of-network. Surprise! This page goes into detail about why surprise bills happen and what to do if you get one.

What is an Association Health Plan?

Also known as AHPs, Association Health Plans permit small businesses to join together to purchase health insurance coverage for employees. Basically, it allows individual, small groups to assemble and become one larger group to strengthen its collective buying power. We broke down the importance of AHPs and what it means for small businesses.