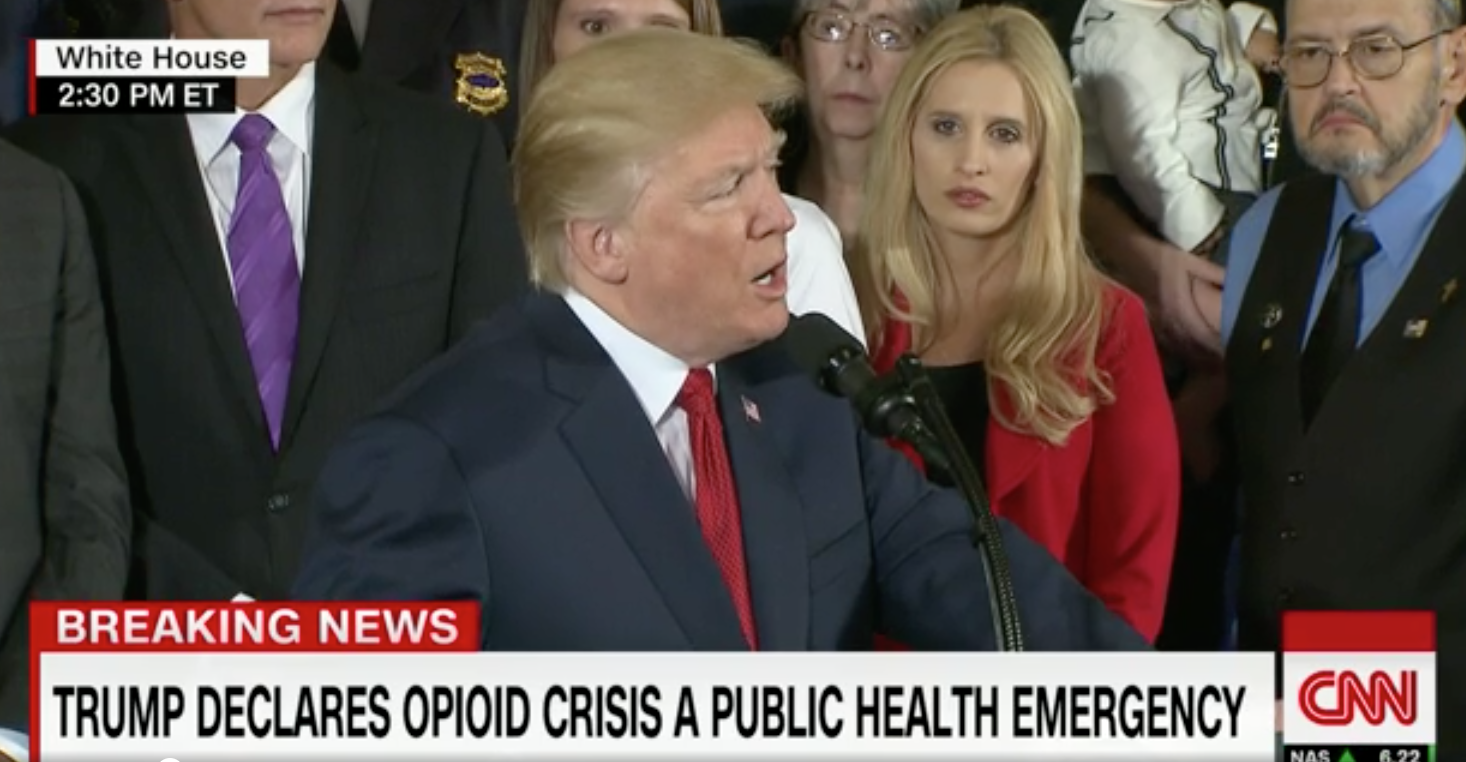 President Donald Trump declared a public health emergency to combat the opioid crisis Thursday at a White House event, but stopped short of issuing a national disaster declaration. Both are forms of national emergency declarations, but the primary difference is the scope and funding for each order.

This epidemic is a national health emergency," he said. "Nobody has seen anything like what is going on now."

Trump, through the Public Health Services Act, directed his acting secretary of health and human services to declare a nationwide health emergency, a designation that will not automatically be followed by additional federal funding for the crisis, according to a senior White House official. Instead, the order will expand access to telemedicine in rural areas, instruct agencies to curb bureaucratic delays for dispensing grant money and shift some federal grants towards combating the crisis.

He added: "As Americans, we cannot allow this to continue. It is time to liberate our communities from this scourge of drug addiction. Never been this way. We can be the generation that ends the opioid epidemic. We can do it."