Trying To Protect Seniors, The Most Vulnerable, From Formidable Foe Florence 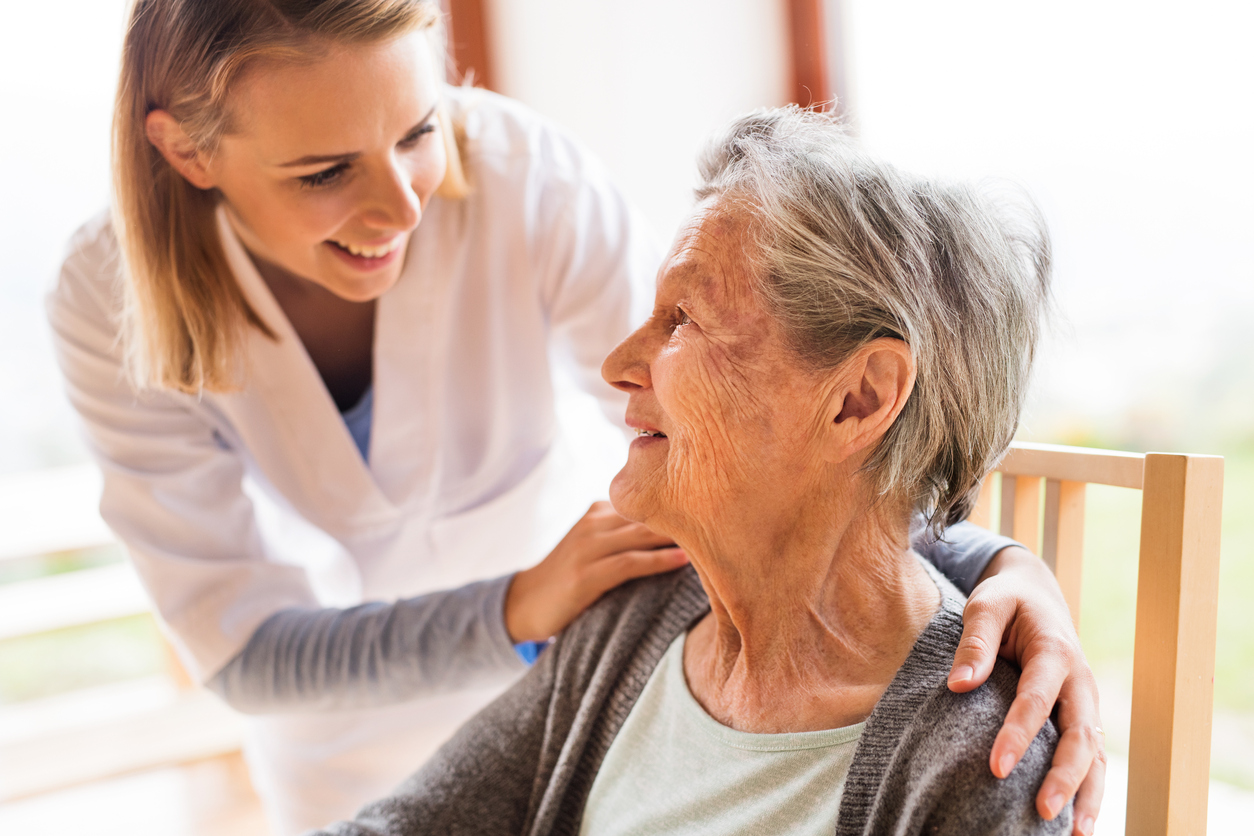 This story was originally published by Kaiser Health News on 9/12/2018.

Perhaps no other population is as vulnerable during a hurricane as frail, older adults, especially those who are homebound or living in nursing homes. With Hurricane Florence predicted to slam the North Carolina coast Friday, health officials are already scrambling to keep older residents safe.

Seniors “are not only the most likely to die in hurricanes, but in wildfires and other disasters,” said Dr. Karen DeSalvo, a New Orleans native who served as health commissioner in that city after Hurricane Katrina and went on to be named acting assistant secretary for health at the Department of Health and Human Services for the Obama administration. “The seniors always seem to bear a big brunt of the storms.”

Hurricane Florence as seen from the International Space Station on Wednesday, as the storm moved west across the Atlantic. (NASA)

Older people may have a harder time evacuating because they don’t have their own cars or are homebound, said Lauren Sauer, director of operations at the Johns Hopkins Office of Critical Event Preparedness and Response in Baltimore.

In the aftermath of Hurricane Katrina, an analysis of 986 Louisiana residents who died showed the mean age of victims was 69 and nearly two-thirds were older than 65, DeSalvo said. The dead included 70 people who died in nursing facilities during the storm or just after the storm made landfall.

And last year, 12 residents overheated and died at a facility in Hollywood Hills, Fla., in the immediate aftermath of Hurricane Irma, which knocked out the facility’s air conditioning and the temperature climbed to over 95 degrees. The tragedy led Florida to pass legislation requiring nursing homes and assisted living facilities to have backup generators capable of keeping residents cool.

“Unfortunately, the best wake-up call is when a tragedy occurs,” said Dara Lieberman, senior government relations manager at the Trust for America’s Health, a nonprofit. “Hopefully, nursing facilities and emergency managers paid attention to the loss of life in the long-term care facility in Florida last year and realize the risks they face by not preparing. Every facility should have a plan.”

Some studies suggest communities aren’t much better prepared than in the past, however.

A 2018 study from the National Academy of Sciences found that “we are only marginally more prepared to evacuate vulnerable populations now than we were during Hurricane Katrina,” Sauer said.

Deciding whether to stay or go can be more complicated than it sounds, said J.T. Clark of the Near Southwest Preparedness Alliance, a coalition of hospitals and other public health services in southwestern Virginia.

Evacuations pose a number of dangers for fragile patients, some of whom may need oxygen or intravenous medications, said Sauer. She pointed to a 2017 study that found a sharp increase in mortality among nursing home residents who evacuated because of an emergency, compared with those who sheltered in place.

She noted that leaving a facility is only part of the challenge; it can be equally difficult to find a safe place prepared to house evacuated nursing home residents for days at a time, she said. Clark said that nursing homes once commonly assumed they could simply transfer their residents to local hospitals. But that can impair a hospital’s ability to care for people who need emergency and urgent care, he said.

Many nursing homes in the Carolinas are evacuating residents to areas outside the storm’s direct path.

On the Outer Banks of North Carolina, Sentara Healthcare evacuated 65 residents from a nursing home in Currituck to the company’s medical centers in Hampton Roads, Va., spokesman Dale Gauding said.

Hurricane Florence poses risks beyond the coasts, however. Sentara also moved five intensive care patients out of a medical center on the Pasquotank River in Elizabeth City, N.C., because of the risk of flooding. Those patients also went to hospitals in Hampton Roads, Gauding said.

With Norfolk, Va., now expected to escape the brunt of the storm, the 88 residents at the Sentara Nursing Center there are sheltering in place, Gauding said.

She said the facility conducts annual evacuation drills to continually improve its capability to safely relocate residents and coordinate with the company that provides ambulances.

As of Wednesday afternoon, New Hanover Regional Medical Center in Wilmington, N.C., was directly in the storm’s path. But hospital officials view the building as strong enough to withstand the storm, said spokeswoman Carolyn Fisher. They were less confident about a building housing a skilled nursing facility in Pender County, N.C., whose residents are being moved away from the hurricane’s projected course.

Senior citizens who live at home are also at risk, especially if they lose electricity.

More than 2.5 million Medicare recipients — including 204,000 people in Virginia, North Carolina and South Carolina — rely on home ventilators, oxygen concentrators, intravenous infusion pumps and other electrically powered devices, according to the Centers for Medicare & Medicaid Services. The agency has created a tool called emPOWER 3.0 to help states check up on them.

Patients who lose electricity may need to go to their local emergency room to power their medical equipment, said Mary Blunt, senior vice president at Sentara Healthcare in Norfolk, Va., and interim president of Sentara Norfolk General Hospital. Patients with kidney failure also may need to receive dialysis at the ER if their regular dialysis center is closed, she said.

Residents should register for these shelters in advance, said DeSalvo, who said that getting people to go can be difficult.

“People do not want to leave their homes,” she said.

Bert Kilpatrick said she’s not concerned about Hurricane Florence and was planning to stay in her house on Charleston’s James Island, where she is just a stone’s throw from the Stono River, a huge tidal estuary that runs to the Atlantic Ocean.

She even stayed during Hugo, a giant, Category 4 hurricane that devastated Charleston in September 1989. She worked at a downtown hospital then and was there when the storm hit; but her husband, who died recently, rode out Hugo in the house, which was undamaged except for one broken storm window.

Kilpatrick said that as far as she knows all of her nearby neighbors also were staying put. One of those, Patsy Cather, 75, said she and her husband, Joe, were planning to remain. “I’m staying here because he won’t leave.”

She said they might decide to leave later if the storm reports look worse for Charleston. “It’s a no-win situation. You leave, you stay safe; but your home may be gone.”

Databases and registries can help with another challenge: the aftermath of the storm.

“When the wind passes and the water starts going down, they really need to mine the data: Who has ambulatory challenges? Who’s on chemotherapy? Who’s got an opioid dependency?” DeSalvo said.

DeSalvo said she believes the states in the path of Hurricane Florence are in good hands.

“I think the good news is, for a state like South Carolina or North Carolina, they have strong, seasoned leadership in place who are capable of not only managing a complex logistical challenge, but who are good humans,” she said. “It takes both.”

KHN’s coverage related to aging and improving care of older adults is supported in part by The John A. Hartford Foundation.

Update: The map in this story was updated on Sept. 13 at 5:30 pm ET to reflect changes in the National Weather Service advisories.