What the Medicare Physician Payment Changes Mean for You 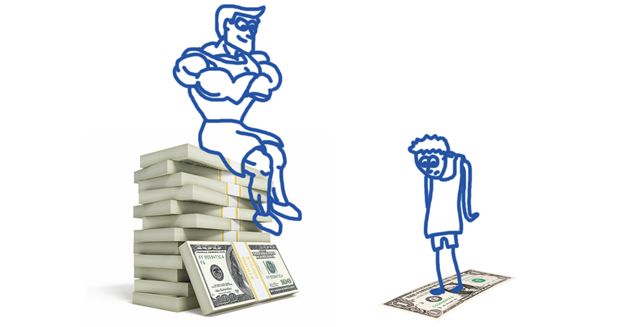 On October 14th, The US Department of Health & Human Services published “final rule” on MACRA (Medicaid Access and CHIP Reauthorization Act of 2015), legislation that will overhaul payments to doctors who take Medicare patients. The rule implements value-based payment rather than fee-for-service payment to physicians who provide Medicare services.

Putting veeeeerrrrry simply (hard to do with Medicare): instead of just submitting a bill and getting reimbursed, doctors will get graded on things like whether their patients’ health improves and then paid accordingly.

So is this good for you as a Medicare patient, or not? Read on for some of the facts and thoughts on both sides.

Under MACRA, practices/doctors can choose to be a part of one of two payment structures:

According to the bill itself, these value-based care models will “support the nation’s progress toward achieving a patient-centered healthcare system that delivers better care, smarter spending, and healthier people and communities.” Medicare has interviewed doctors, patients, insurers and vendors — and a bipartisan team of legislators is convinced that this is the way to go if we really want patient-centric care that’s also streamlined for doctors. Sounds good, yes?

Steven Findlay over at the Health Affairs points to several other pros of MACRA, including reducing our system’s shocking amount of unnecessary or redundant care and increasing healthy competition in the field. Doctors’ grades will be public, so he thinks it’s likely that “under MACRA virtually every physician will be profiled,” and points out that consumers want this kind of information on their healthcare. Just look at the popularity of sites like HealthGrades.

So from this perspective, you get:

But some folks are pretty blunt about their fears that MACRA will make it all but impossible for smaller, private, or rural health practices to offer Medicare services, because the new reporting procedures are time-consuming and require technology these offices may not have. (For instance, 25% of a doctor’s grade under the MIPS system involves efficient use of Electronic Health Records systems. Yikes.)

These people worry that MACRA is just another part of a push toward big-box healthcare delivered by large companies with less personal investment in their patients. And if these companies drive out all the smaller practitioners, they’ll have less reason to keep prices low — bad news for you, especially if you’re part of the 80% of North Carolina that’s rural.

Another argument for that point: as the advocacy organization Community Catalyst claims, the two different structures are “calibrated in order to push physicians into the APM pathway.“ And because financial risk is best spread out over a larger group of physicians, APMs work better in larger practices.

From this perspective, you lose:

So is this new system really trying to push practices toward consolidation?

When directly asked that question, Andy Slavitt, acting administrator of the Centers for Medicare & Medicaid Services (CMS), said that “I think the idea is actually to have what I’d call “homegrown” forms of the practice of medicine take shape.” He then explains how traditional, smaller practices can benefit from being part of an APM.

Translation: from his perspective: yes, CMS is aiming to help practices become part of APMs and, perhaps, part of larger organizations. But no, that shouldn’t require them to lose their independent character.

The More You Know!

We encourage you to do your own research into MACRA, especially if you’re a Medicare patient. But in the meantime, we also encourage you to find other ways to keep your costs down — and we’ll help.

For more news about policies and legislation that could affect YOUR healthcare costs, join the conversation. We’d love to have you, and we’ll keep you in the loop about how you can help keep costs down for North Carolina.