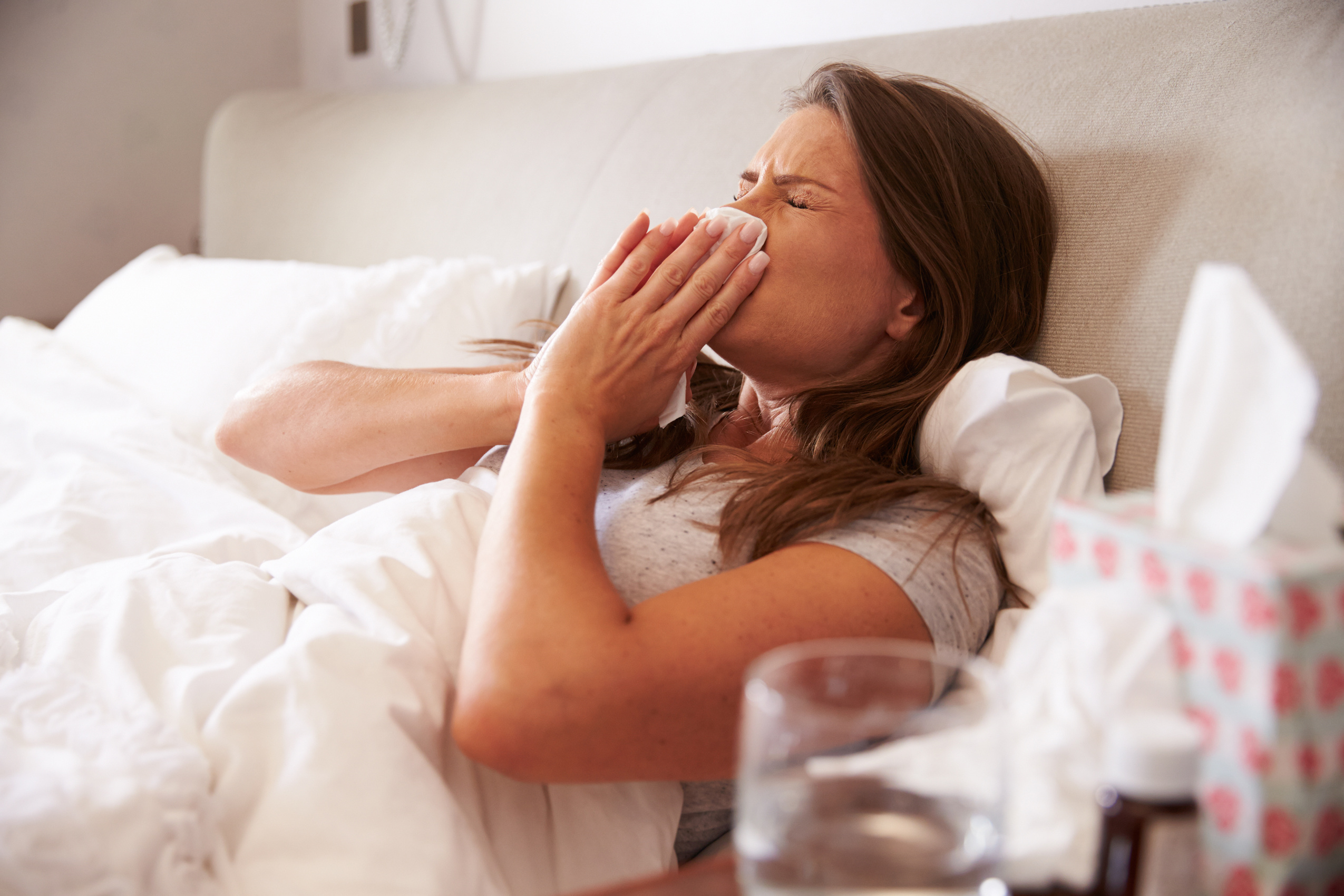 The holiday season may now be behind us, but influenza (flu) season in North America is just ramping up—and North Carolinians should take note.

According to the Centers for Disease Control and Prevention (CDC), the flu has reached what the agency calls “widespread” status in North Carolina. The Tar Heel State is one of 30 states across the U.S. to report flu activity at that level.

Areas of NC seeing the most flu cases
Hospitals in the Triangle have reported moderate numbers of flu cases, with UNC Hospitals confirming 84 cases since November and WakeMed confirming 177 positive cases during that same period. However, the state’s influenza epidemiologist says activity is picking up, particularly along more eastern sections of the state.

While flu symptoms are usually associated with fever, runny nose, fatigue, and general malaise that leaves those infected with the virus bed-bound for days or weeks, severe cases can be more dire. In fact, the North Carolina Department of Health and Human Services reported earlier this month that a total of 16 people in the state have died from the flu this season already.

Record flu numbers could be on the way
Since adult flu deaths became reportable in 2009, the 2017-2018 flu season was the most dangerous season on record with 391 residents of North Carolina succumbing to the effects of flu. Of those deaths, 290 were seniors over the age of 65 and seven were children under 18.

Officials have reportedly already gone on record to say flu cases are higher right now than they were this time last year, which could be a frightening thought for North Carolinians.

In what it calls the best way to help protect against the flu, the CDC suggests anyone 6 months or older receive an annual flu vaccine. This injection—which causes the development of antibodies in its recipient after about two weeks—can not only keep you from getting sick but may even reduce the severity of your symptoms if you become ill.

There are some factors that may deem someone unfit for a flu vaccine, including age, health, and allergies, so you should always consult with a healthcare professional before receiving the vaccine.

There are also more passive methods the CDC recommends to stop the spread of flu, including frequent and thorough hand washing, covering your mouth during a cough or sneeze, and staying home from work or school if you don’t feel well. Depending on the age and health of the person, antiviral medications may be available to help relieve the symptoms for those who are sick.

It’s not too late to get your flu shot
Though flu outbreaks can begin as early as late October, peak season tends to take place between December and February. That timing fits with what one infectious disease specialist at Duke Hospital commented recently when he said later in the month of January and February tend to be the most active.

It’s important to note that flu outbreaks can last as late in the year as May. Because of this, it’s not too late to get your flu vaccine to help protect yourself and others around you.