It’s said a lie can travel halfway around the world while the truth is still putting on its shoes.

For many campaigns in North Carolina this year, it seems that truism has been adopted as their main political strategy – specifically when it comes to pre-existing conditions.

Over the course of the last few weeks, ads and mail pieces started running on tv and showing up in mailboxes, claiming that lawmakers in the General Assembly passed a bill to let insurance companies “slash coverage for pre-existing conditions” and “cancer treatments.”

They are talking about Senate Bill 86 – or the bipartisan Small Business Health Care Act, which passed overwhelmingly during the last legislative session.

Does the Small Business Health Care act take away coverage for pre-existing conditions?

All it takes is reading to page three of the law to see these claims are blatantly false.

It’s right there in black and white: you must cover pre-existing conditions; no one can be denied a plan, or charged more, because they are sick.

What did Senate Bill 86 actually do?

It established standards for Association Health Plans (AHP) so that small businesses could take advantage of the same health insurance benefits as large corporations.

Through an AHP, small businesses can join with other similar businesses to purchase group health insurance coverage for their employees at a lower cost.

Lawmakers knew, however, that if we were going to allow for AHPs then consumer protections were needed to protect people.

And that’s what Senate Bill 86 did.

For example, associations wanting to offer an AHP must be real organizations in business for five or more years and formed around a common profession or trade. They can’t be some fly-by-night cockamamie group put together just to sell junk health insurance plans.

While some campaigns don’t want to let the facts get in the way of a good story, the truth is senate bill 86 can lower health care costs for small business, and that’s a good thing.

As for their claim that this bipartisan legislation cuts coverage for people with cancer or pre-existing conditions? Totally false. 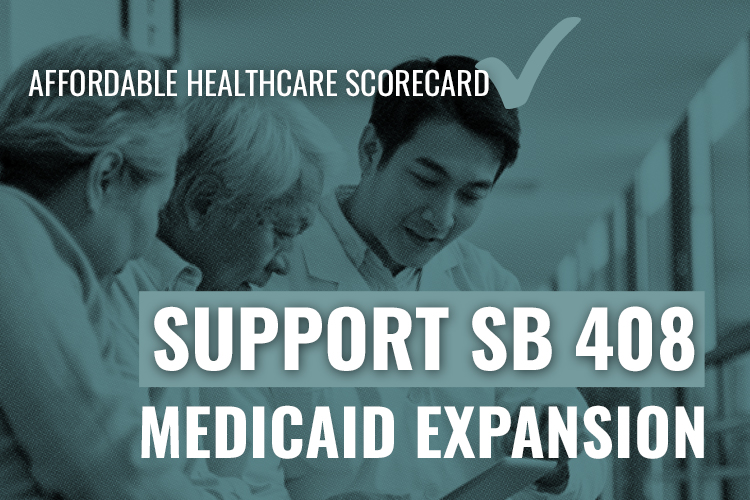