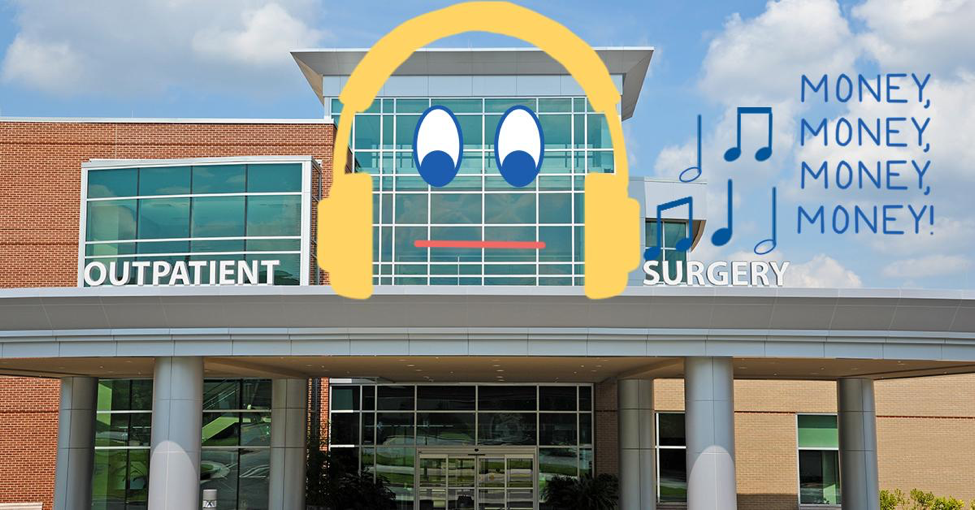 Earlier this month, Mission Health announced that it will end its contract with Blue Cross Blue Shield NC in October. We promised we’d keep you in the loop on some of the reasons why this is happening — so here we go.

First thing on the list to discuss? Mission Health’s $400 million reconstruction project. (Fun Fact: The entire value of the Biltmore Estate, including all the hotels, restaurants and other buildings is only $300 million. How’s that for perspective?)

So, why the heavy chunk of change?

In 2015 the City of Asheville approved a site-plan for a 12-story, 681,000 square-foot Mission Health medical tower. It will include new operating rooms and an emergency department and could potentially be the largest construction project in Asheville — ever.

Sonya Greck, Mission’s senior vice president of Patient Safety Net Services and Behavioral Health, said that it was “quite obvious... that the (current) St. Joe’s facility was aging out, as well as there were needs for our emergency department.”

The construction should be finished by November 2018.

What does this have to do with why Mission terminated its Blue Cross contract?

As we explained previously, Mission Health wanted to raise its rates based on the hospital’s need to raise revenue, however, Blue Cross pushed back on rate hikes for fear that they would cause unreasonable hikes in patient premiums. (You can read all the dirty details here.)

The parties couldn’t come to an agreement, so Mission health said buh-bye — but “did not make the decision lightly.”

Mission Health said it has already taken “difficult steps of ongoing, aggressive cost reductions,” and that it is committed to strong financial stewardship.

“Between 2014 and 2018, Mission Health will have eliminated more than $240 million in costs, including $70 million in reductions in FY2017 alone. Adding BCBSNC’s effective payment reductions to this already arduous task is simply not possible,” it said in a press release.

Mission Health, like many hospitals around the nation, wrestles with the financial burden of keeping a hospital up and running. (Annual costs for healthcare in the US have soared to over $10,000 per person!) We get it — running a hospital is hard and expensive.

Mission’s $400 million reconstruction project is intended to update and expand the hospital’s level, ability, and quality of care to patients. But it would result in higher costs for patients, too.

Let’s get into the pros and cons.

How Mission’s reconstruction project could benefit you

How Mission’s reconstruction project could cost you

Mission stated in a press release that its “notice of intent to terminate its contracts (with Blue Cross) shouldn’t be a barrier, but rather bring needed focus to (its) discussions.” So, let’s have a conversation — what do you think about Mission’s $400 million reconstruction project? Do you think Asheville patients need this updated facility? Do you agree it will contribute to higher rates for patients? Tell us on Facebook or in the comments.

Are you concerned about rising health care costs? Join our coalition to help make a difference and stay informed about the local, state and national issues that are costing you.