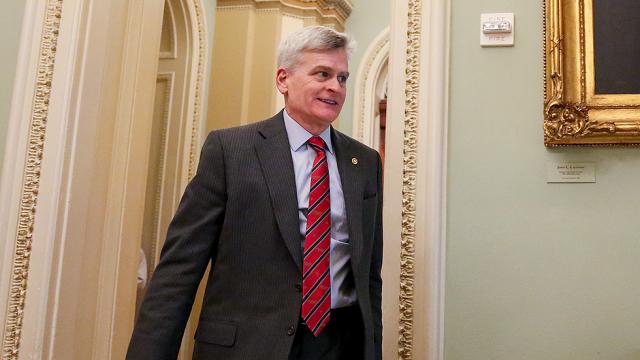 Sen. Bill Cassidy (R-La.) recently said that he hopes to soon introduce legislation mandating price transparency in health care to enable patients to compare prices before getting procedures, according to The Hill. He also plans to introduce legislation on drug prices, including banning “gag clauses” that prevent pharmacists from informing patients when they could save money on a drug by paying cash instead of using insurance.

The Hill reports that Cassidy and a bipartisan group of senators first sought feedback on the idea in March. Cassidy told Fox News Radio that the legislation would mean that “if somebody gets an X-ray order for their child's belly, they will know the cost of that before they go in to get it done and they can price shop.”

While this sounds like a solid plan, Democrats caution an aspect of Cassidy’s recent ideas, which calls for codifying a Trump administration regulation expanding cheaper, skimpier short-term insurance plans that do not need to meet ObamaCare requirements. Opposition may also come from larger healthcare industry groups.

“Cassidy wants to finalize the Trump Administration’s junk plan proposal to stick millions of Americans with skimpy plans that can discriminate against people with pre-existing conditions, refuse to cover essential services like hospitalization or prescription drugs and stick unsuspecting patients with enormous medical bills,” said Brad Woodhouse, campaign director for the pro-ObamaCare group Protect Our Care.

Read more on this story on The Hill.